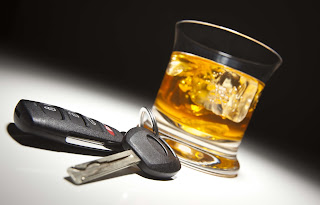 As an Illinois DUI lawyer I have found that clients who have been charged with DUI are often surprised when they find out that they face sanctions from two different entities.  There are administrative sanctions imposed by the office of the Illinois Secretary of State and judicial sanctions imposed by the courts.  The administrative sanctions stem from the Illinois Implied Consent law and discretionary and mandatory authority of the Secretary of State to suspend or revoke a person’s driver’s license.  The judicial sanctions, of course, occur if a person pleads guilty or has been found guilty of DUI.  Administrative sanctions begin on the 46th day after a person has been read a warning to motorist and has either failed a breathalyzer test or refused to submit to a breathalyzer test.  Judicial sanctions begin only after a person has been sentenced for violating the statute against driving under the influence or driving with a blood alcohol concentration (BAC) of above .08.
Administrative sanctions relate only to the status of a person’s driving privileges.  Upon learning that a person has submitted to a breathalyzer test with a BAC result of over .08 the Secretary of State is authorized to suspend that person’s driver’s license for a period of six months for a first offender and one year for a second or subsequent offender.  Upon learning that a person has refused to submit to a breathalyzer test the time of suspension is one year for a first offender and three years for a second or subsequent offender.  Finally, upon learning that a person has refused to submit to a breathalyzer after they have been involved in a motor vehicle accident involving personal injury or death to another the person’s driver’s license will be revoked.  This administrative sanction is commonly referred to as a Statutory Summary Suspension or Revocation.  For purposes of a statutory summary suspension a first offender is generally accepted to be a person who has not had a statutory summary suspension within the past five years.

A categorization of a first offender in the judicial realm is different than for a statutory summary suspension.   In ordinary circumstances a person who has never been convicted of DUI, received court supervision for a charge of DUI or plea bargained a DUI charge down to reckless driving is considered a first offender for sentencing purposes in a judicial proceeding.  Thus, such a person is eligible to a sentence of court supervision upon a guilty finding of DUI.  Court supervision can also be referred to as deferred prosecution.  It means that upon completion of all of the requirements of court supervision the DUI charge is in effect dismissed and no conviction enters.  Receiving or not receiving court supervision will have serious consequences for your driving privileges in that upon learning that a person has been convicted of DUI the Secretary of State is required to revoke their driver’s license.  Should that occur then any involvement in the MDDP program will end and the person will no longer be able to drive until they have convinced the Secretary of State at either a formal or informal hearing that they are no longer a threat to drive intoxicated.

With certain statutory exceptions a first offense for DUI is a class A misdemeanor.  The maximum punishment for Class A misdemeanors are up to one year in jail, $2500 fine and/or two years of probation or any combination of the above.  However, sanctions in most counties in Illinois for a first offender who was not transporting a person under the age of 16, driving with a BAC of .16 or more or involved in an accident are usually limited to payment of hefty fines and costs and attendance at various alcohol classes.  Consult with your DUI attorney for customary sanctions in your county.  Second offenders are not eligible for court supervision and are required to serve jail time or perform public service work.  Third offenses are Class 2 felonies that carry maximum penalties of 3-7 years in the Department of Corrections and up to $25,000 in fines.  A person charged with a third offense is eligible for probation but must serve at least 90 days in the county jail as part of his probation.  Fourth offenders are not eligible for probation and, absent a plea agreement reducing the charge, must be sentenced to serve 3-7 years in prison.  A fifth offense is a Class 1 felony with a maximum range of 4-15 years and a sixth offense is a Class X felony carrying a possible sentence of 6-30 years.  Finally, any person, regardless of any prior DUIs, who was involved in motor vehicle accident while they were DUI that caused great bodily harm or disfigurement of another is subject to 1-12 years in prison.  If the motor vehicle accident caused the death of another then the penalty is 3-14 years and if two or more people are killed then the penalty is 6-28 years in prison.

If you have received a ticket for DUI and you have no or one prior DUI you and your attorney will probably be surprised that you are discussing more the administrative sanctions to your license.  However, if you fall into a statutory enhancement even if this is your first DUI charge or if you have received multiple tickets for DUI in the past your primary concern is going to be with the judicial system and avoiding or minimizing potential jail time.   For additional information please visit steeveslawfirm.com.

While every caution has been taken to provide my readers with the most accurate information and honest analysis, the information on this site is for general information purposes only.
Posted by Dennis at 1:54 PM No comments: